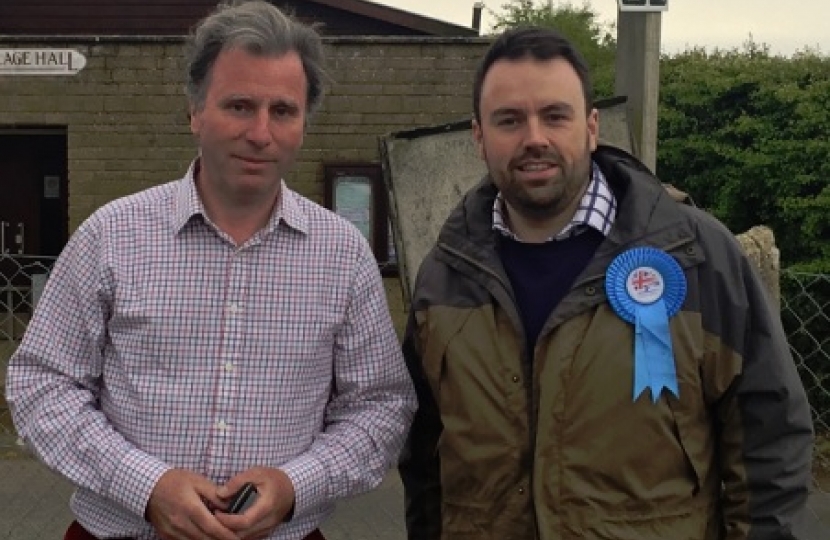 Chris Loder, a 34 year-old farmer's son and former pupil of the Gryphon School, Sherborne has been elected as the Chairman of the West Dorset Conservative Association at its Annual General Meeting last week.

Having been West Dorset District Councillor for the Cam Vale (south of Sherborne) until May last year, Mr Loder is notable for leading the campaign in 2013/14 to save the county's rural police station enquiry desks from closure.

Mr Loder said: 'This is the beginning of a new chapter for the Conservatives in West Dorset. I'm looking forward to meeting many people over the coming weeks and finding ways of how the Conservatives can further support and represent local people'.

Mary Penfold, President of the Association welcomed Mr Loder's appointment. She said: 'I'm delighted that Chris is our new Chairman. It is refreshing to have Chris' energy and dynamism to lead the Conservative Party locally'.

(The photograph attached is Chris Loder on the right, with MP for West Dorset, Oliver Letwin on the left)