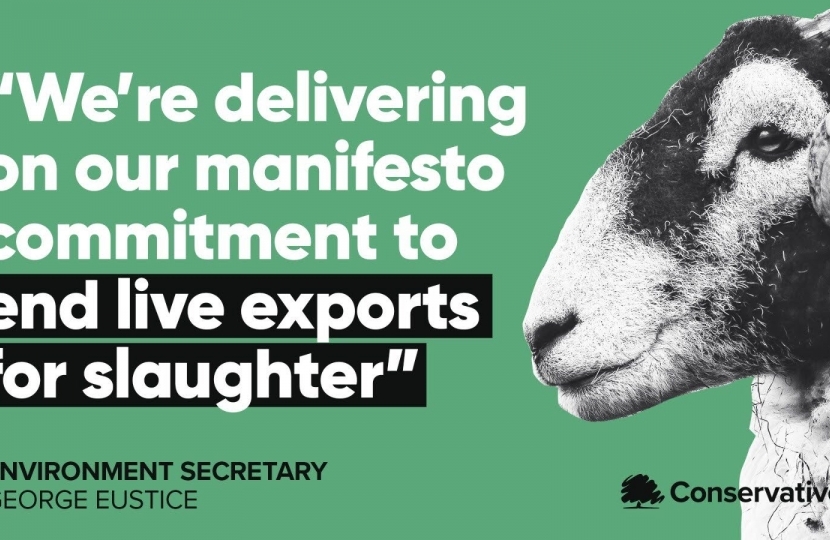 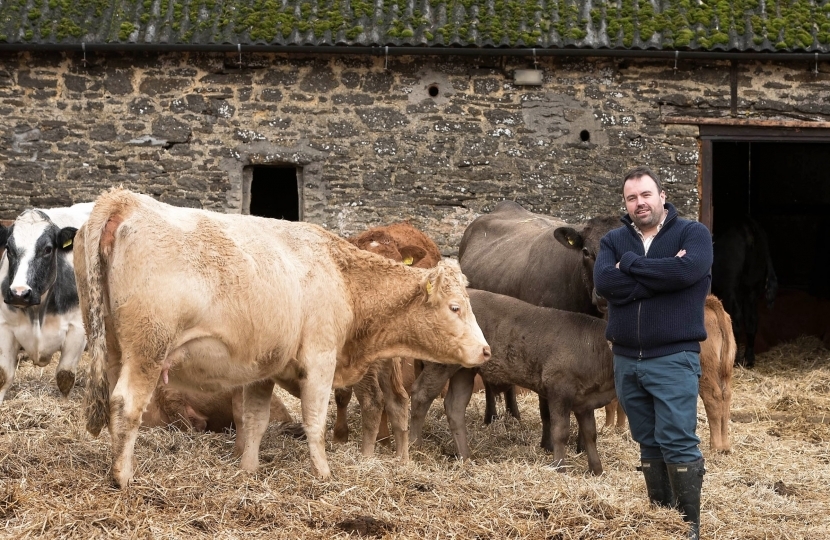 In Parliament on 23rd October 2020, Chris Loder MP called for an end to live animal exports. He spoke during the Second Reading of his Private Members' Bill on on Animal Welfare (Sentencing)

It is disgraceful that our well-cared for farm animals can be loaded onto a lorry and sent thousands of miles by land and sea to a destination in Southern Europe. And if that is not bad enough, these poor animals go on to be slaughtered – not even in continental Europe, but in places such as Libya and Lebanon as reported by the BBC a couple of weeks ago.

And for those who believe that the National Farmers' Union is on the side of animal welfare and that this Government is not, I have just this to say: It is this Conservative Government, that wants to stop live animal exports.  And who is it that wants these live exports to continue? For our cows and other animals to be subjected to a disgraceful level of care and slaughter thousands of miles away from the United Kingdom? It is the National Farmers' Union.

So today, I call upon Honourable Members in this place, to ensure that this Parliament delivers the Conservative Manifesto pledge of stopping live animal exports. And let us remind ourselves how this pledge actually became possible. It is because this Conservative Party is delivering the democratic will of the nation to leave the European Union and it's that European Union that has demanded live animal exports be permitted for so long.

And so to the thousands of people across the nation, whom the NFU have egged on to abuse my colleagues in this place, and say that they have no care for our animal welfare standards, can I suggest - with the greatest of respect - that they go back to the National Farmers' Union and demand that they - the NFU - stop lobbying  to continue these disgraceful live animal exports.

If anyone doesn’t believe a farmer’s son who stands here today about this, may I simply reference the Farmers Weekly which in December 2019 ran with the headline, and I quote: ‘NFU scheme aims to avert PM’s ban on live exports’."